A lifelong resident of Beaver County, Dan was first elected to the Beaver County Board of Commissioners in 2015, where he was later voted in as the youngest Chairman in the state of Pennsylvania.

During his time in office, Dan has been instrumental in bringing new jobs to Beaver County and has worked to diversify and strengthen the local economy. Under Dan’s leadership, Beaver County has greatly lessened its debt, fully funded its pension system, and invested in the future through millions of dollars in capital projects.

Prior to being elected as Commissioner, Dan worked as a Fleet Manager for Beemac Trucking. Currently, Dan serves as Chairman on both the Beaver County Pension and Elections Boards and is Chief of the Local Election Officials. Dan also sits on the Assessment and Prison Boards for Beaver County, as well as the Southwest Planning Commission.

Dan and his wife, Samantha, have two children, Carter and Capri. 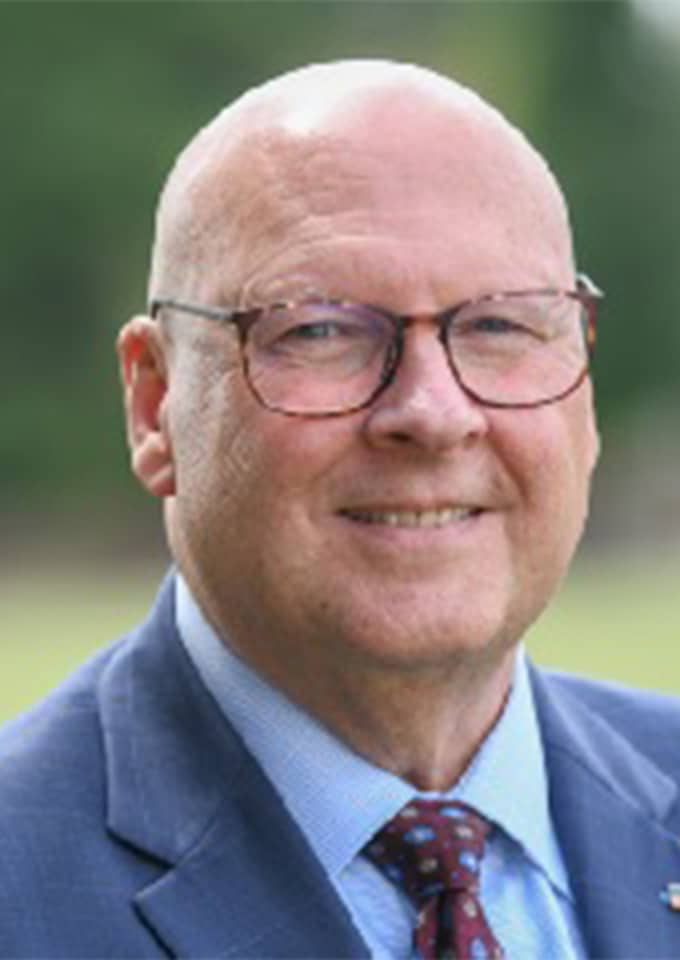 Jack is the owner and principal of Pinebrook Cottage Consulting, which he started after more than 35-years in the chemical and plastics industry. His consulting included serving as president and executive director of the Beaver County Chamber of Commerce from 2015-2019, and as executive director of the Beaver County Partnership for Community and Economic Growth during that same time. He also was contracted with Town Center Associates as a consultant for coordination of municipal services for downtown revitalization efforts to multiple communities with traditional downtown business districts in Allegheny, Beaver, and Lawrence Counties from 2012-2017.

Jack was formerly employed by NOVA Chemicals Corporation as their regional manufacturing director and plant manager, responsible for overseeing operation of the Beaver Valley Site (Monaca, Pa.), as well as facilities in Belpre and Painesville, Ohio. He was also the former plant manager of NOVA’s Chesapeake, Va., chemical facility. Prior to his manufacturing assignments with NOVA Chemicals, he served as North American director of People Services in their Moon Township headquarters, overseeing HR activities for multiple locations across the US and Canada. Jack held a similar position as director of human resources with Huntsman Chemical Corporation in Chesapeake, Va., prior to his relocation.

He holds an Associate of Arts Degree from Rowan University at Gloucester County in Sewell, N.J., and a Bachelor of Science Degree in Organizational Leadership from Mountain State University of Beckley, W.Va.

He and his wife have donated their time and resources to many non-profit and charitable organizations over the years, including his serving on the boards of the United Way and the Friends of Old Economy Village. Jack was appointed to two terms on the board of trustees to the Community College of Beaver County (2003-2010), serving as the vice-chair of the trustees from 2008-2010, and served as chairman of the CCBC Foundation Board from 2010-2011. He was on the board of directors for Gateway Rehabilitation Center from 2004-2013 and served as their board secretary from 2011-2013. Prior to being named executive director, he served on the board of the Beaver County Chamber of Commerce from 2012-2016, where he founded and served as chair of the chamber’s Economic Development Taskforce. 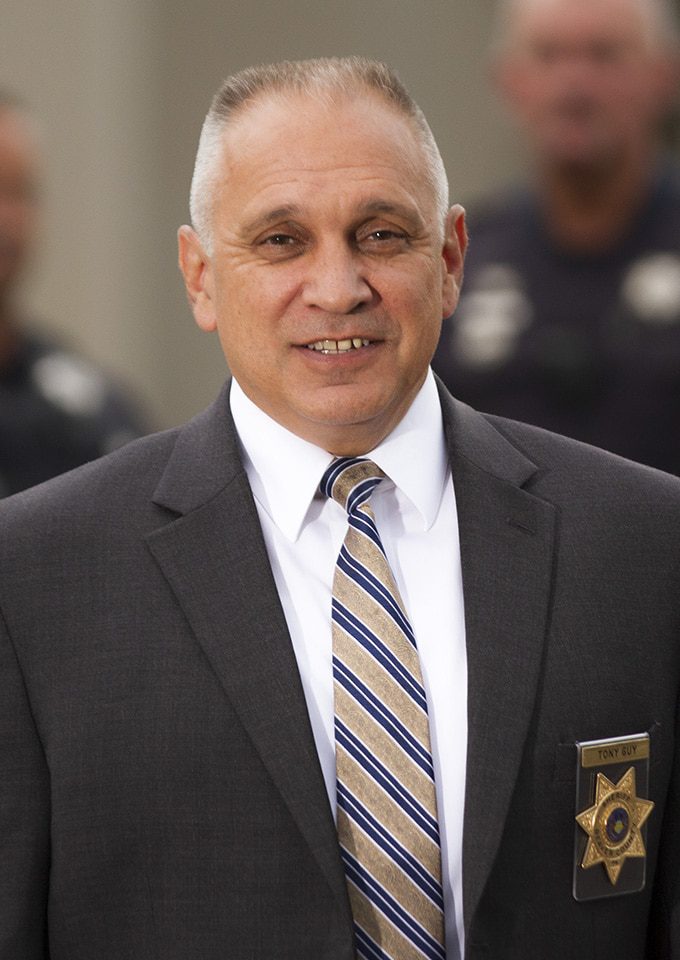 Tony is a lifelong resident of Beaver County. He graduated from Quigley High School in 1979. Tony has been married to his wife Sylvia (Zoiti) for 28 years and they currently reside in Hopewell. They have a married daughter, Marissa Hayward (Zack) and a one year old grandson, Cooper.

Career:
Tony entered the Pennsylvania State Police Academy in Hershey, Pa in July of 1984 as a member of the 56th Cadet Class. Upon graduation he was assigned to the Patrol Unit in Uniontown, Fayette County. The Uniontown station was the busiest State Police installation in the Commonwealth. He responded to every kind of police call including homicides, robberies, domestic incidents, motor vehicle accidents, DUI’s, etc. In 1986 Tony transferred to the New Castle station where he spent 3 years as a member of the Patrol Unit, responding to the same types of calls.

In 1989 the State Police re-established their Motorcycle Patrol Unit. Tony was in the first group selected to attend a 2 week training regimen with the US Park Police in Washington D.C. and upon successful completion was assigned to the Motorcycle Patrol at Findlay, patrolling the Pittsburgh Parkway.

Tony again expanded his police experience and in 1992 was selected to become a member of the Troop B Vice Unit, conducting undercover Drug, Gambling, and Prostitution investigations. Over the next 2 ½ years he made well over 100 felony arrests and received a Troop Commander’s Letter of Commendation for “Exceptional Effort” in numerous drug investigations.

In 1995 Tony went through a rigorous physical, mental, and tactical selection process and was chosen to join the State Police Special Emergency Response Team (SERT). SERT responds to incidents such as barricaded gunmen, hostage situations, high-risk warrant service, executive protection, and crowd/riot control situations. Tony progressed in the unit from a point man on a 4 man entry team, to a Team Leader, to the Assistant Coordinator for the Western half of Pennsylvania, overseeing a 34 man unit that included 24 tactical members and 10 negotiators. As the Assistant Coordinator, he was responsible for training the team, interacting with heads of other agencies requesting service, and acting as site commander for numerous high-risk incidents. Because it is a part time unit, he remained on SERT through the end of his State Police career, training 3-4 days a month with the team and being on 24 hour call for in-progress incidents. Tony has taken part in the security details for two National Governors Association Conferences (State College and Philadelphia), the Pittsburgh G20 Conference, numerous Presidential Executive Protection Details, and Super Bowl/Stanley Cup crowd control details. During the last 3 years of his career, SERT West averaged approximately 60 calls per year.

Leaving the Vice Unit in 1996, Tony was selected to become the Troop B, Polygraph Examiner. He completed an eleven-week course of study with the Royal Canadian Mounted Police in Ottawa, Canada, graduating first in his class. For the next ten years he conducted over a thousand Polygraph Examinations, assisting investigators in cases such as Homicides, Robberies, and Child Sexual Assaults. He also became a part of the Cadet Selection Process by administering pre-employment tests to potential new hires. Tony was awarded another Troop Commander’s Letter of Commendation for his polygraph work on the Officer James Naim homicide investigation. He received a 3rd Troop Commander’s Letter of Commendation for admissions he obtained during a polygraph procedure, leading to the arrest of a woman for the murder of her 2 year old son 30 years prior.

After the “Attack on America” on September 11, 2001 Tony was assigned as a part of the security structure during the investigation of Flight 93 in Shanksville, Pa. Subsequently he was briefly assigned to the FBI’s Joint Terrorism Task Force until a Trooper could be assigned full time.

During his tenure as a polygraph examiner Tony was promoted “in-place” to Corporal. In 2007 he was promoted to Sergeant and oversaw Patrol Units in Dunmore, Indiana, and Uniontown, commanding as many as 60 Troopers and Corporals.

After retirement and prior to election as Beaver County Sheriff Tony has worked as a private contract security officer.

Community/Service:
Tony is an active member of Our Lady of Fatima Catholic Church where he is a Religious Education instructor, teaching 8th graders. He is a member of the Knights of Columbus (2nddegree).

Tony is a Life Member of the Fraternal Order of Police and served for four years as the Secretary of Lodge 47.

He is a Life Member of the NRA, the Firearm Owners Against Crime, and a member of the National Tactical Officer’s Association.

Tony served two years as an appointed Director of the Hopewell Area School Board. 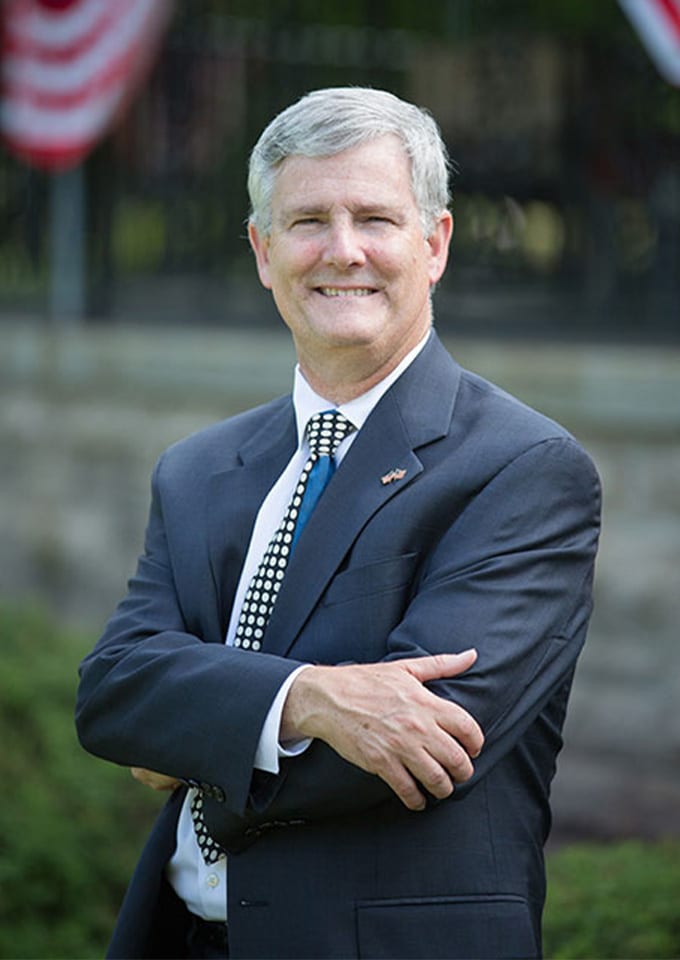 David J. Lozier was elected Beaver County District Attorney on November 3, 2015 and will serve a four-year term from January 2016-December 2019. For 27 years David J. Lozier has represented clients in complex court cases in over 20 counties throughout Western Pennsylvania, Ohio and West Virginia. He has earned a reputation for honest and fair representation, and has been listed in Best Lawyers in America since 2007.

David J. Lozier has lived a life of service to his community. He is a 12-year Veteran US Army Infantry Officer and Helicopter pilot, 12-year member of Patterson Heights Borough Council with 10 years as Borough Council President, 20-year Sunday School Teacher and church Youth Leader, and has both led and volunteered on church mission trips in Beaver County, Appalachia and storm-torn Louisiana.

David J. Lozier earned his undergraduate and law degrees from the College of William and Mary in Williamsburg, VA. He began his litigation career as an associate at the law firm of Buchanan Ingersoll in 1988, and then worked with prominent personal injury attorneys including Frank Conflenti and Harry S Cohen and Associates until 2012 when he established his own law office in Chippewa. He has lived in Beaver County for 25 years, been married to his wife Beth for 24 years, and together they have raised 2 college-aged daughters. 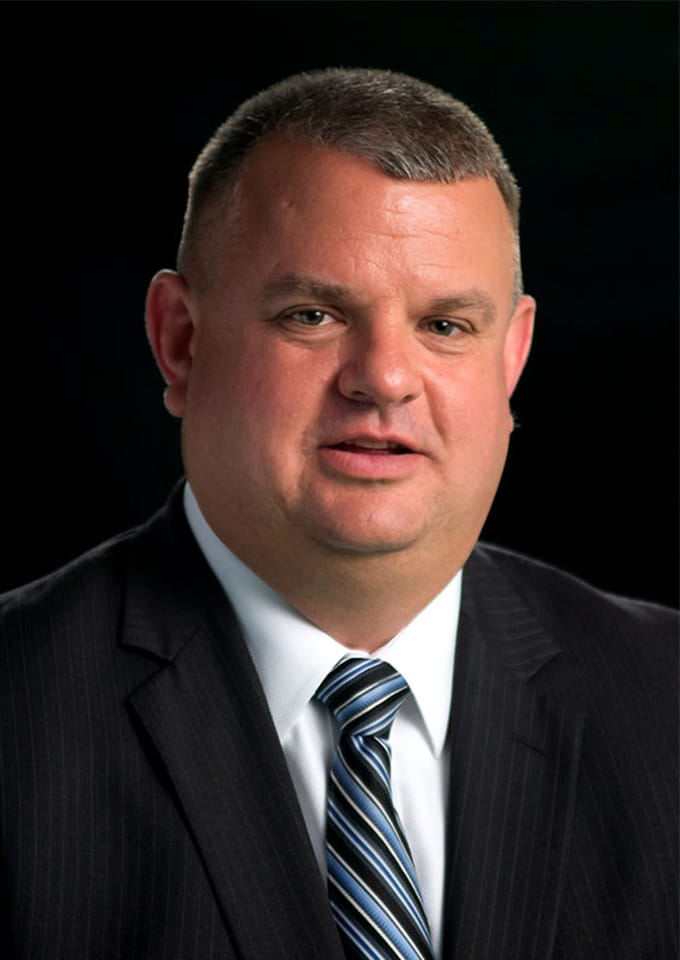 David J. Gabauer has been a licensed funeral director, supervisor, and embalmer for more than 20 years. He graduated from Quigley High School, went on to attend Robert Morris College and Community College of Beaver County before attending the Pittsburgh Institute of Mortuary Science, where he graduated with an Associate in Specialized Technology Degree.

His extensive experience in the death care industry, his passion for helping others, and his desired involvement for community service, correlates with many of the responsibilities of the coroner. David resides in Chippewa with his wife of 20 years, Lisa, their daughter, Gracyn, and their son, Devon. 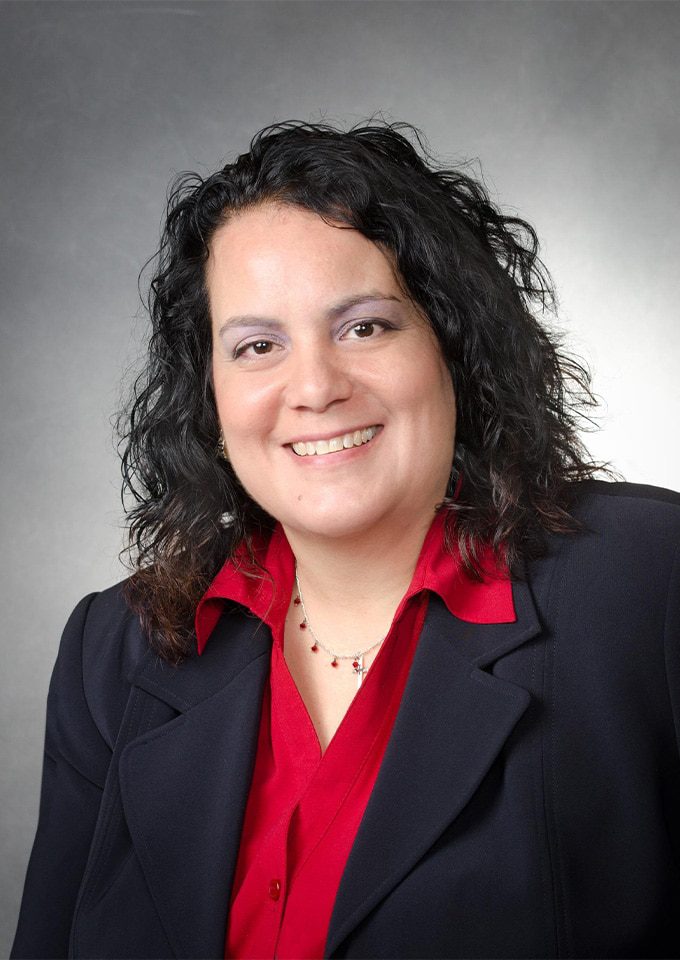 Ronald H. Alberti, of Beaver Falls, is currently serving his first term as Recorder of Deeds for Beaver County. Ron held the position of Chief Deputy Recorder for eight years prior to assuming the top position in the office. He understands the importance of protecting, preserving, and maintaining the county’s land records. As an active member of the Pennsylvania Recorder of Deeds Association, Ron works closely with colleagues across the State in order to improve the quality of services provided to the taxpayers of Beaver County.

Prior to working in the Recorder’s Office, Ron spent 30 plus years working in real estate related positions. He is also an experienced Title Searcher and has been a Notary for the past 30 years.

Ron is currently the Treasurer of the Beaver Falls Chapter of the Wolves, having held the post for 20 years. He previously served as one of the elected auditors for Chippewa Township, is a member of the SOI and past member of the Beaver Falls Turners, Elks and Owls Clubs. He served on the Finance Council of the former Saint Rose of Lima Catholic Church in Darlington, PA. In his spare time, Ron likes to golf, canoe, work crossword puzzles, and play with his dogs.

Ron is a life-long Beaver County resident, having resided in Beaver Falls and New Brighton. He has one daughter. He and his wife currently live in Chippewa Township. 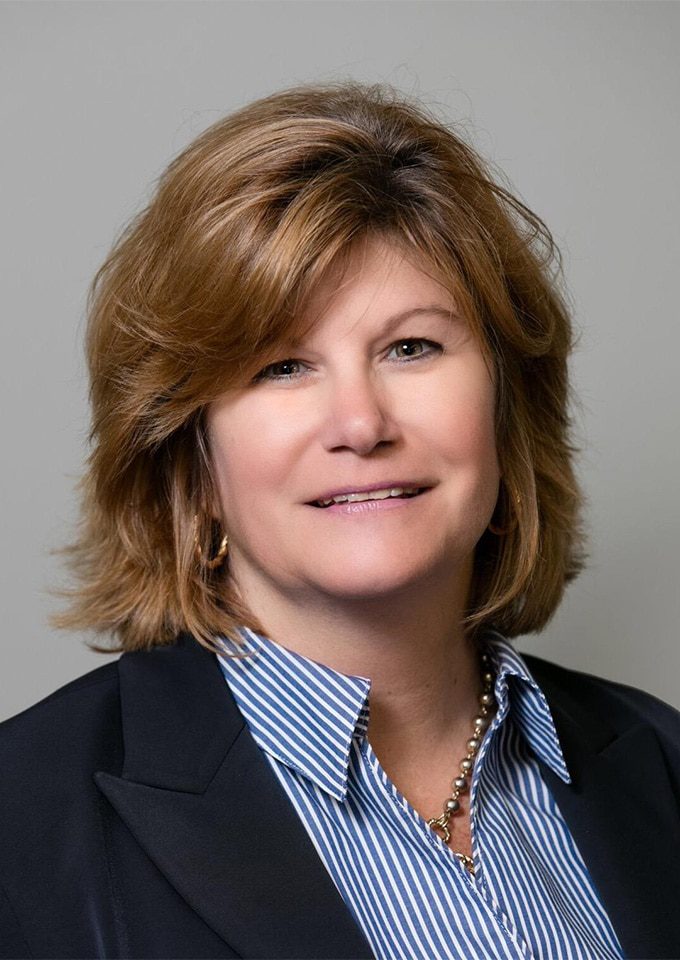