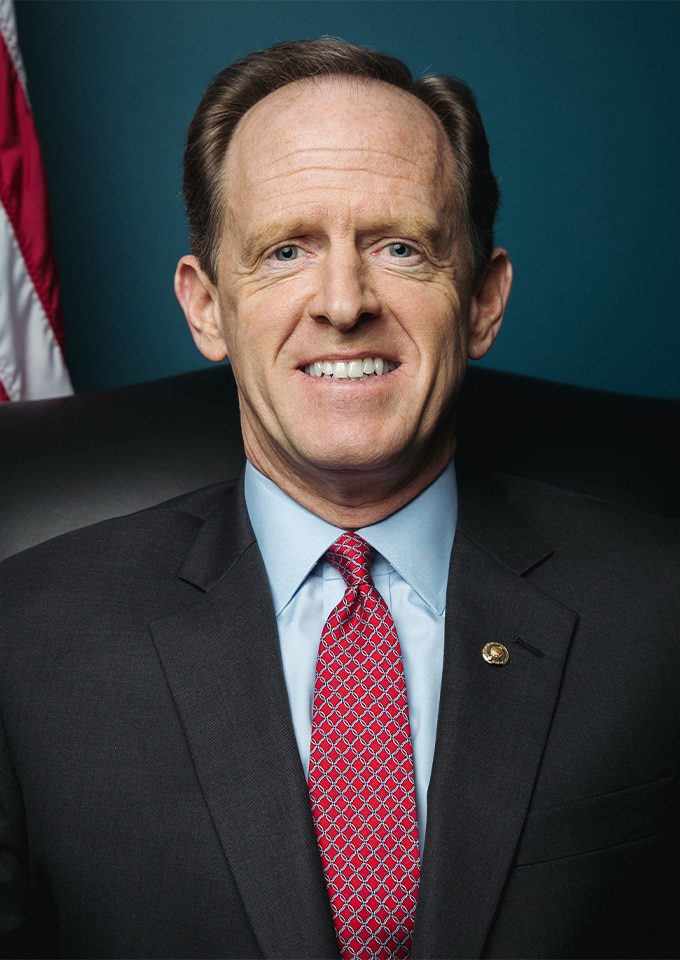 Senator Pat Toomey joined the U.S. Senate from Pennsylvania in 2011 on a platform of economic and job growth, restoring fiscal responsibility, and creating stronger, safer communities.

Sought out by his colleagues for his views on financial reform and budgetary issues, Senator Toomey was labeled by the Philadelphia Inquirer as “a leading voice on money matters.”

During his time in the Senate, Senator Toomey has successfully led efforts to cut taxes for families, make our business tax code more competitive, end wasteful federal spending, and protect children from abusers.

The senator serves on the Senate’s Banking, Budget, and Finance committees.
Senator Toomey previously served in the U.S. House of Representatives for six years. Honoring his pledge to limit himself to three terms, he did not seek re-election to the House in 2004.